Bizav Flying Off To a Good Start in 2017, Says Argus

Business aircraft flight activity in North America got off on the right foot this year, posting a 2 percent year-over-year increase last month, according to TraqPak data released today by Argus International. Its outlook for this month is somewhat pessimistic, predicting a 0.5 percent downturn from a year ago; however, last February had an extra day due to the leap year, which artificially padded activity.

Results by operational category were positive across the board, with Part 135 and fractional activity each climbing by 4 percent from a year ago. Part 91 flying eked out only a 0.2 percent gain.

One again, large-cabin jets led in activity by aircraft category, climbing 7.9 percent year-over-year last month. This was followed by a “solid” 3.2 percent rise in midsize jet flying, while light jets declined by 0.2 percent and turboprops were flat versus January 2016.

Bizav Flying Off To a Good Start in 2017, Says Argus2017-04-232017-10-04https://www.davincitraininginstitute.com/wp-content/uploads/2017/02/davinci-logo-no-shadow-295.pngDaVinci Inflight Training Institutehttps://www.davincitraininginstitute.com/wp-content/uploads/2017/04/blog-tile.jpg200px200px
About
DaVinci 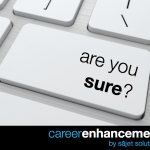 Your Resume or Your Work Ethic? What’s the Rush?Career Advice, Training & Education 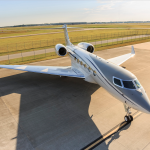